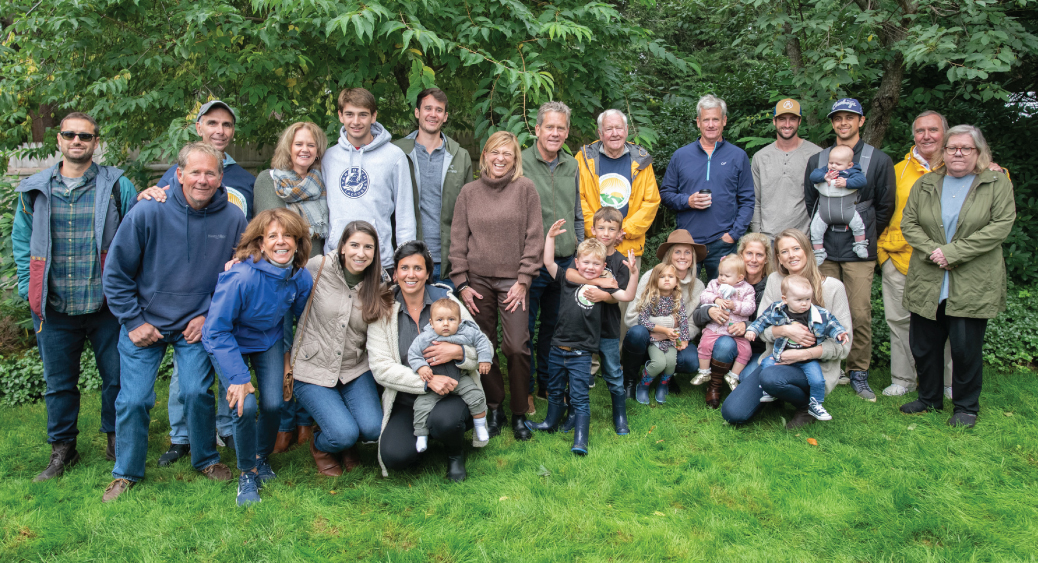 John Marr and his children launched the Josephine and John Marr Alzheimer’s Research Fund at Brigham and Women’s Hospital (BWH) to fuel innovative research collaborations aimed at preventing Alzheimer’s disease. Named for John and his beloved wife, Josephine, the fund is inspired by Josephine’s courageous battle with Alzheimer’s disease and the hope that new research will put an end to this devastating disease for future generations.

Backed by more than 30 years of research, Dr. Reisa Sperling and her team are pioneering innovative approaches to advance the prevention and treatment of this devastating disease., including world-wide prevention clinical trials. You can read more about the research here.

In seven years, the Marr Fund team has already made a great impact on furthering Alzheimer’s prevention research, most notably raising over $1.3 million through the Maine Marathon event itself and serving as a catalyst for a separate $25 millions gift from visionary philanthropists Andrew and Kate Davis and the Shelby Cullom Davis Charitable Fund.

"I run each year so that my grandmother, Penie, and her fight with Alzheimer's isn't forgotten. Unfortunately, Alzheimer's leaves no survivors who can serve as advocates. There are courageous folks who have beat cancer and other terrible diseases who live to tell their battle story and inspire others to help find a cure. That isn't the case with Alzheimer's. To find a cure, it's important for those of us who have seen how terrible this disease is secondhand, to carry the torch. We run and raise money each year to help eradicate Alzheimer's; so that other people and their families don't have to go through the series of events that follow an Alzheimer's diagnosis. Each Maine Marathon has been an opportunity to reconnect with memories of my grandmother before Alzheimer's and share in those memories with those who knew her best, as well as those who never met her but who now carry the torch with us." Matt Marr, 2015-2021 teammate

"I run the first leg of the relay team “Time is Now” every year to raise money for the Josephine & John Marr Alzheimer’s research fund at Brigham & Women’s Hospital. My Dad, John Marr, chose to create this fund to support the terrific work of Dr. Dennis Selkoe and Dr. Reisa Sperling. These two doctors and their tremendous teams have proven to us that their work is critical in the develop of treatment and eventually a cure to this horrible disease that took the lives of both my grandmother and mother. The goal of researching younger people has been achieved with the AHEAD study that includes people 55-65 years of age. We are very proud and excited that the work we helped fund led to the NIH funding of this trial. We began running the marathon in 2015 as a way to raise more money but also to raise awareness of the disease and to include other friends and family members in our pursuit of a cure. Now, 7 years later, it has become an annual event which we all look forward to as it is so much fun and brings together so many loved ones to run a relay, half or full marathon and then enjoy a wonderful meal and great celebration at my parents' home." Abby Psyhogeos, 2015-2021 teammate

"I run for the Marr Fund Team because research is the only way we will prevent and cure Alzheimer’s disease. I run because I have witnessed how Alzheimer’s robs a family of the person we love and creates an unimaginable emotional toll on those left behind. I run so that my parents and my generation can have proven treatment options to halt the disease process and prevent it before there are clinical symptoms. I run because the Brigham’s research team is a world-wide leader in this space, they are collaborative, and they are directing the international prevention trials. I run because the research is promising, the future has truly never been brighter, and I must be part of the solution." Ginny Fuller Marinaro