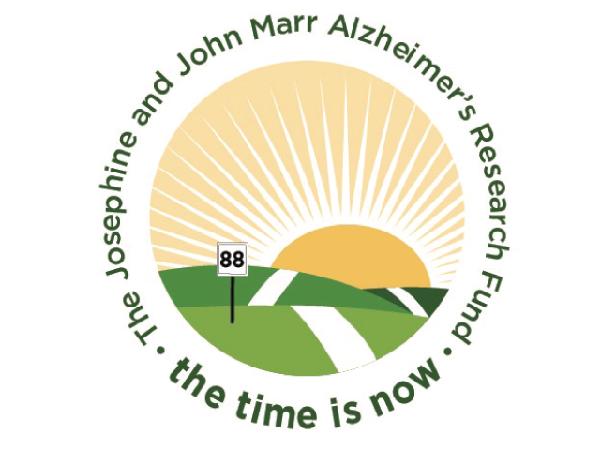 On October 3, the Marr Fund Team will participate in the 2021 Maine Marathon. Family and friends can run or walk in person or virtually to support the Josephine and John Marr Alzheimer’s Research Fund at Brigham and Women’s Hospital. Established by the Marr family, the fund supports a visionary Alzheimer’s research initiative aimed at ultimately preventing the disease.

Today, more than 5 million Americans are courageously fighting Alzheimer’s disease. But the Marr family—together with world-renowned researchers at the Brigham—are focused on finding a way to stop Alzheimer’s disease altogether. Backed by more than 30 years of research, Dr. Reisa Sperling is leading and pioneering innovative approaches to advance the prevention and treatment of this devastating disease. You can read more about the research here: bwhgiving.org/marr-fund.

In seven years, the Marr Fund team has already made a great impact on furthering Alzheimer’s prevention research, most notably raising over $1.3 million through the Maine Marathon event itself and serving as a catalyst for a separate $25 million gift from visionary philanthropists Andrew and Kate Davis and the Shelby Cullom Davis Charitable Fund.