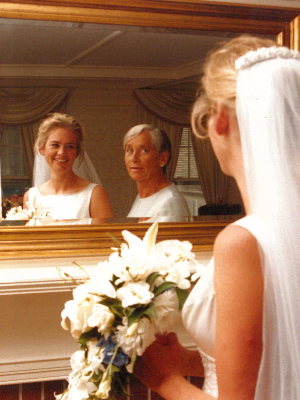 On October 2nd, the Marr Fund Team will participate in the 2022 Maine Marathon to support the Josephine and John Marr Alzheimer’s Research Fund at Brigham and Women’s Hospital.

Thanks to the support of friends like you, the Marr Fund has launched a generosity network. Since the fund was established:

1. thousands of gifts have been received from friends and strangers, totaling $4.5 million.

3. Our work has also inspired others to philanthropically support parallel research efforts, engaging their own social networks and raising millions in additional funds, including a $25 million gift from Andrew and Kate Davis.

One of the key outcomes of Marr Fund support was the creation of the Marr Cohort, an observational group of individuals aged 50 to 64 who are at high risk for Alzheimer’s, but do not yet have the hallmark signs of the disease in their brains.

Data from the Marr Cohort allowed Dr. Sperling to apply for NIH funding to launch two global Alzheimer’s prevention trials known as the AHEAD Study, which include people as young as age 55. The AHEAD Study has been funded through a combination of support from philanthropy, industry, and the NIH.

The Marr Fund support is currently being directed to two key projects:

As my nephew Matthew wrote in his testimonial "Alzheimer's leaves no survivors who can be advocates".  We, the loved one's who lost family to Alzheimer's, are the advocates for this disease.  For the 8th year, I run in honor and memory of, my mother Josephine Marr and for all those families who are suffering as they witness the tragic decline of a loved one with Alzheimer's Disease.

THANK YOU SO MUCH FOR YOUR SUPPORT